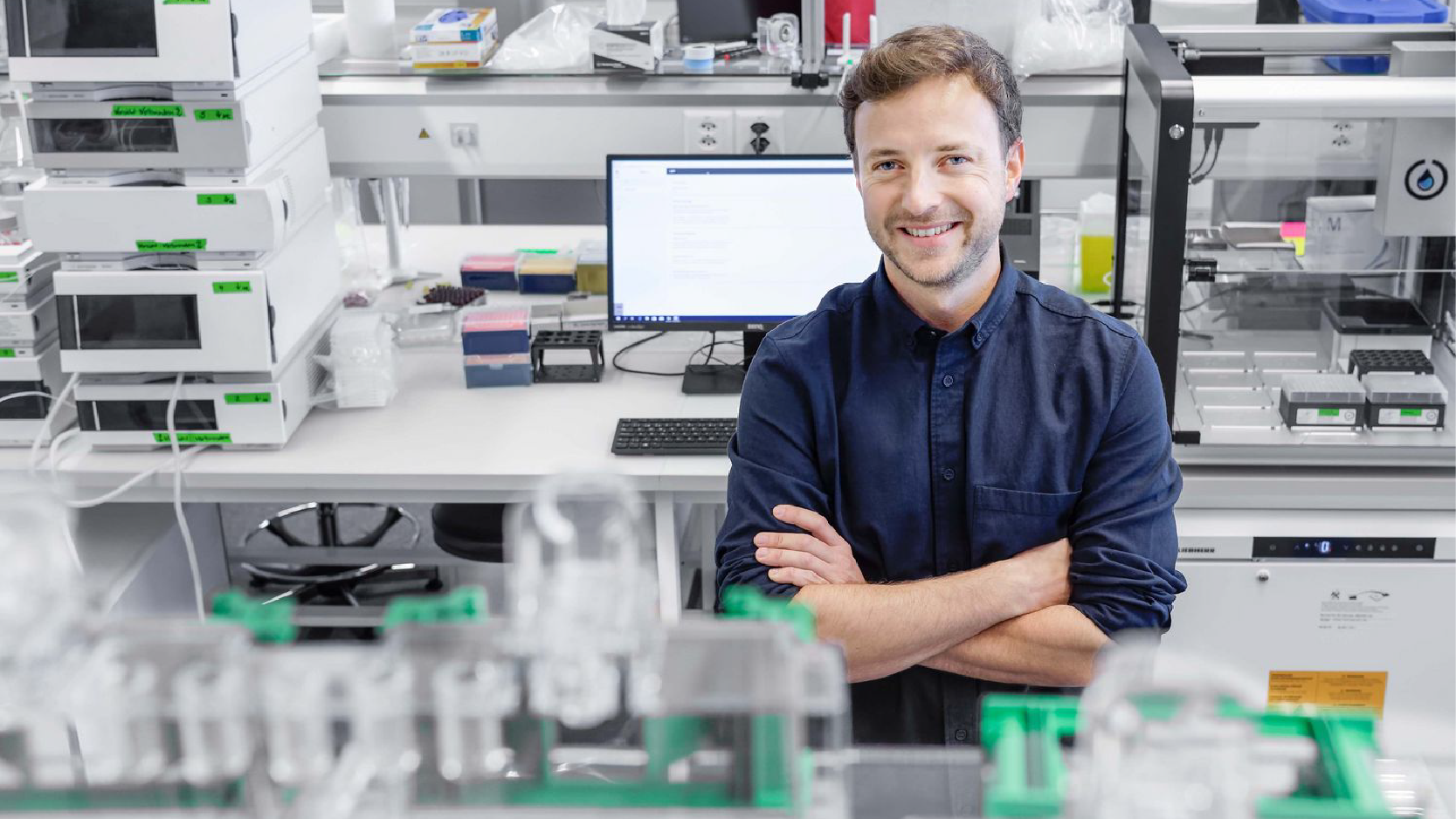 Entrepreneur in the incubator

Translating findings from medical research into applications to help people — that is the overriding aim of the MedTechEntrepreneur Fellowships at the University of Zurich, which are funded by the Werner Siemens Foundation. Since the establishment of the programme in 2018, seven Fellows with high-potential ideas have embarked on the path to entrepreneurship.

The road from lab to market is long and steep, and researcher Yannick Devaud is not even officially off the starting blocks. “Before I establish a company and start seeking investors, I have to prove that my method actually works,” he says. Yannick Devaud has developed a medical procedure that uses a type of sticking plaster to protect the amniotic sac of pregnant women after fetoscopic interventions. If the amniotic sac is damaged—which is a common occurrence during such operations—preterm delivery often results, and survival rates are low. That is something Devaud wants to change. “I want to save those babies,” he says. The 31-year-old biotechnologist will, however, need considerable patience to reach his goal. It can take up to 10 years for a start-up firm in medical technology to produce a marketable product—mainly due to the long and complex regulatory procedures. It is a marathon that demands not only great perseverance, but also a good deal of money and support. And that is the exact purpose of the MedTechEntrepreneur Fellowship at the University of Zurich (UZH), which the Werner Siemens Foundation is funding in its first 10 years (2018 to 2027).

One of the first two Fellows in the programme, Yannick Devaud received a grant of 150 000 Swiss francs in 2018 and also benefits from the infrastructure, coaching and networks that are open to all Fellows. With this support, he has been able to further develop his medical procedure while also establishing contacts in the industry, working on his business plan and, mainly, preparing the first experiments. In July 2019, he reached an important milestone: he tested his procedure on sheep for the first time. “ The initial results are promising,” says Devaud. But because the sticking plaster must protect the amniotic sac of the patient for the duration of pregnancy, the long-term results are critical for the project’s success.

In early 2019, Devaud received additional support from the private funding organisation Venture Kick. This sum adds 50 000 Swiss francs to his start-up capital, and another 100 000 Swiss francs could potentially follow. For Professor Michael Schaepman, Vice President Research at the University of Zurich and head of the MedTechEntrepreneur Fellowships, the additional award is a good sign. “When our Fellows are supported by other funding programmes, it shows that we are selecting first-rate projects that are competitive at an international level,” he says.

The MedTechEntrepreneur Fellowships are awarded twice a year by a jury of experts from academia and industry. Since the programme was launched in 2018, 15 applications have been received, and funding has been awarded to 7 projects. The number of applications is gradually increasing, but Michael Schaepman emphasises that the quality and not the quantity of the projects is what counts. “What matters is how many of the proposed projects contain viable ideas. And in this respect, we can be very happy,” he says. The funded projects cover a broad range of topics and disciplines—from a computer vision technology that supports artificial respiration to a quick test for antibiotic resistance and a new technology for refrigerating lab samples.

One year after the launch of the MedTechEntrepreneur Fellowships programme, the Life Science Incubator Lab at the Schlieren Campus of the University of Zurich is also up and running. The facility comprises offices as well as dedicated labs for biotech and medtech experiments. Michael Schaepman confirms that three Fellows have already taken up quarters in the building; the young entrepreneurs are also free to use the facilities belonging to the Institute for Regenerative Medicine (IREM), although this is not a requirement. Indeed, the Fellows themselves are responsible for deciding how to develop their projects. Schaepman compares the support given by UZH with Switzerland’s network of hiking paths. “We set up the yellow signposts, but the Fellows have to choose and then walk their own route,” he says.

Yannick Devaud, who wants to protect unborn babies with his medical procedure, is now approaching a fork in his entrepreneurial road: if the long-term results of his experiments are successful, founding a company is the next step. “It will be a challenge to find the right people for the team,” he says. If everything works out, his firm, probably named KOVE, should be able to start up in early 2020. Nonetheless, Devaud has already learned to be prepared for the unexpected. “In order to collect enough data, I’m dependent on the sheep actually mating,” he says with a laugh, “so some things are totally beyond my control.”